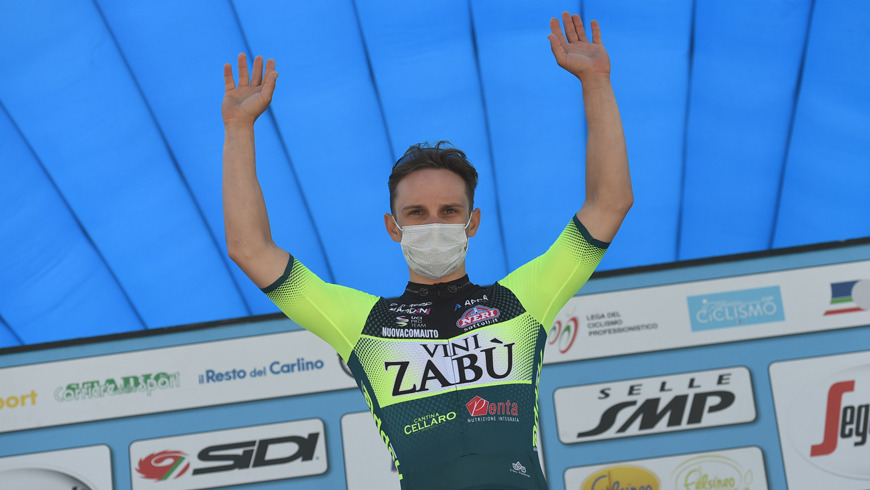 A perfect stage for the team directed by Francesco Frassi and Luca Scinto that, like it has happened last sunday at Per Sempre Alfredo, has took the responsability to lead the race from the beginning catching the early breakaway of Radice and Zandri with 22 kms to go.

The final was sweeter than two days ago as Mareczko was brought at the last km in the perfect position, thanks to a huge effort of his team mates, to show off his power.

"We did the perfect race - said Mareczko after the finish - and we ended in a great way. We needed this win as in the last races we were a bit unlucky. Now we are fully motivated and team is by my side, united we can do great things".

Also Luca Scinto was proud of his team "Everything went well, we worked as a team doing what we have planned in the pre race meeting. Last sunday we weren't lucky, today we showed our value in front of many World Tour teams. We started a project in order to get to the start of the Giro d'Italia with a strong and united group of riders and staff, something that is really important as I was taught by two great sportsmen like Alfredo Martini and Franco Ballerini".

In the afternoon second half stage, a team time trial from Gatteo a Mare to Gatteo where Vini Zabù will start at 16:08 wearing the leader's jersey of the general classification.